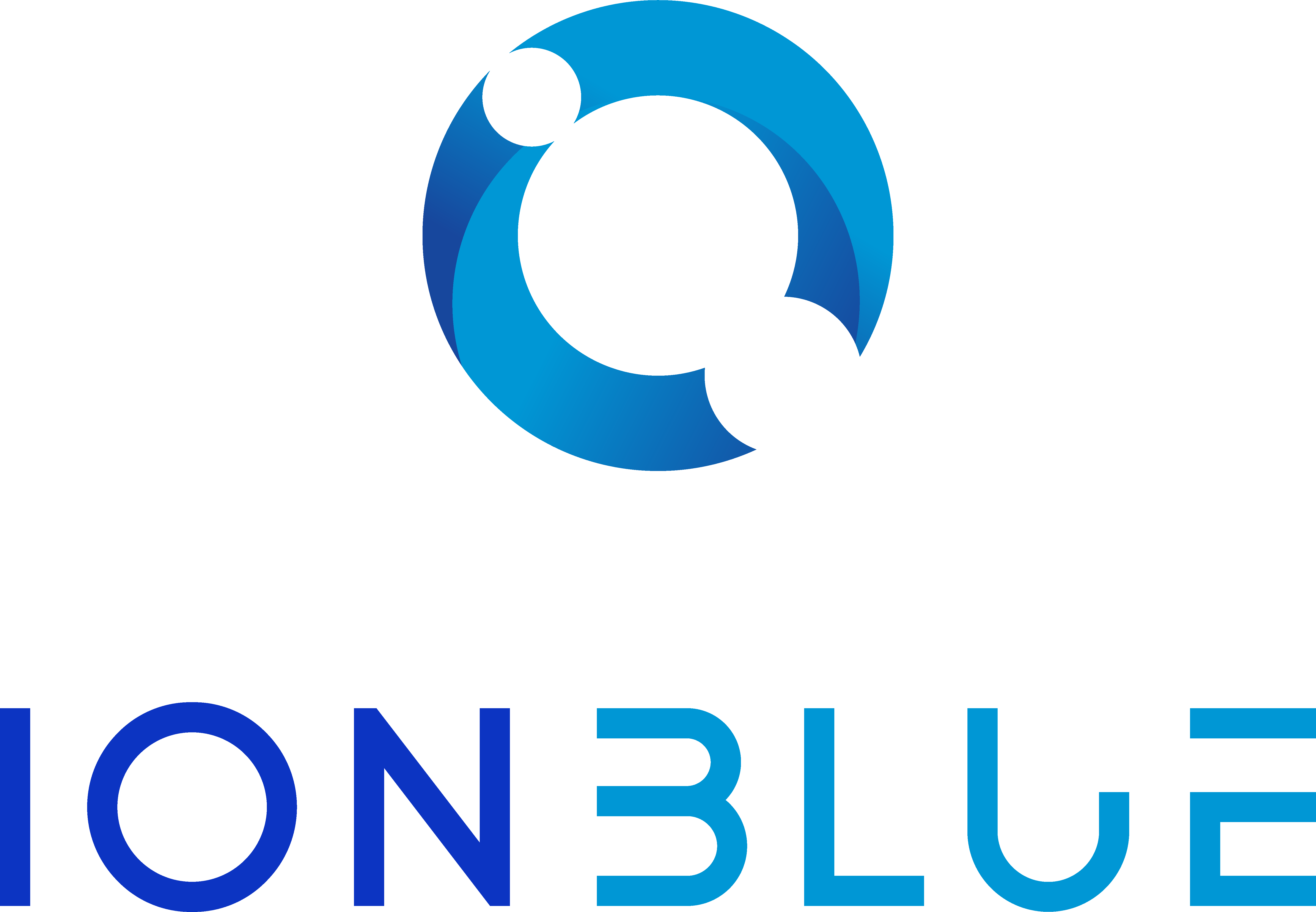 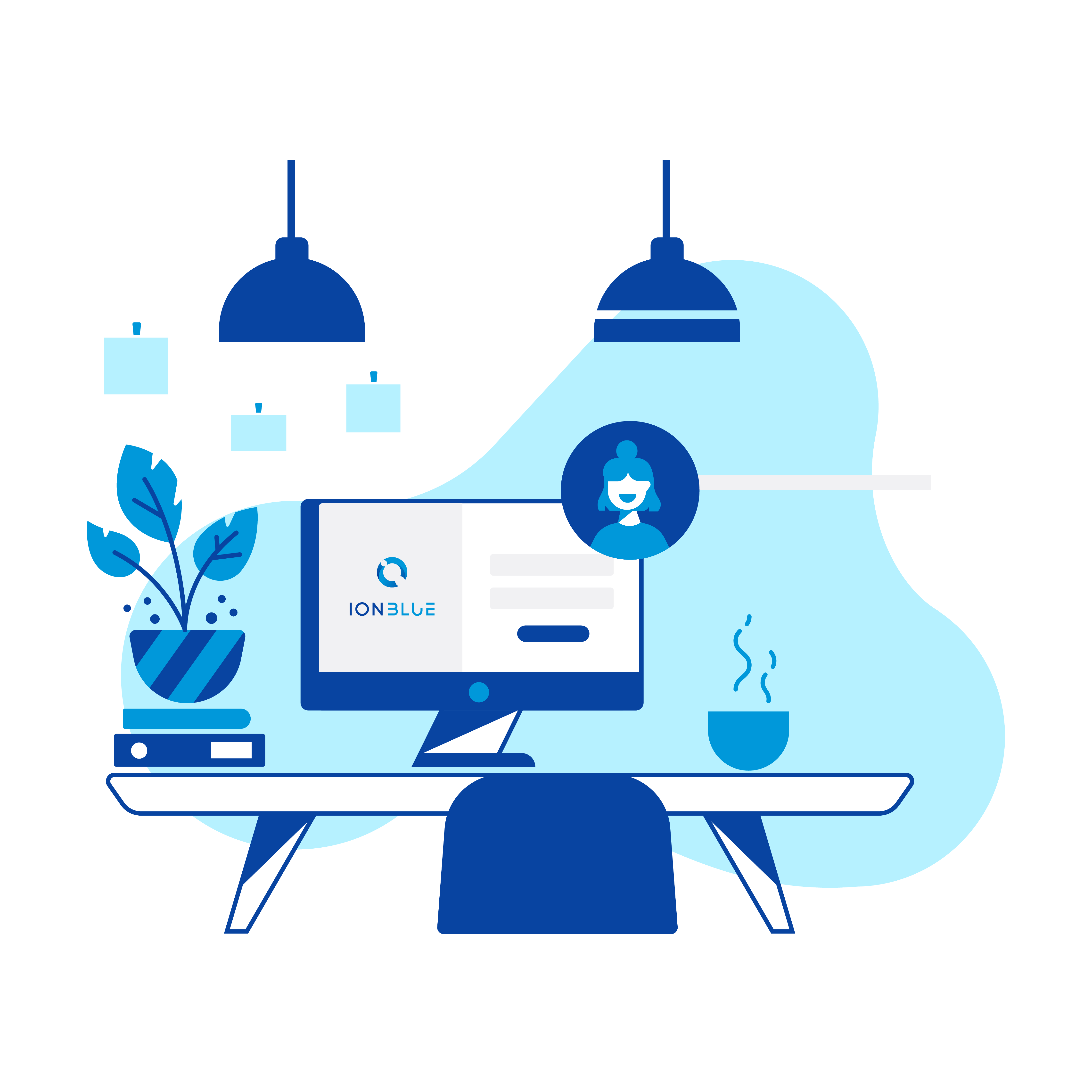 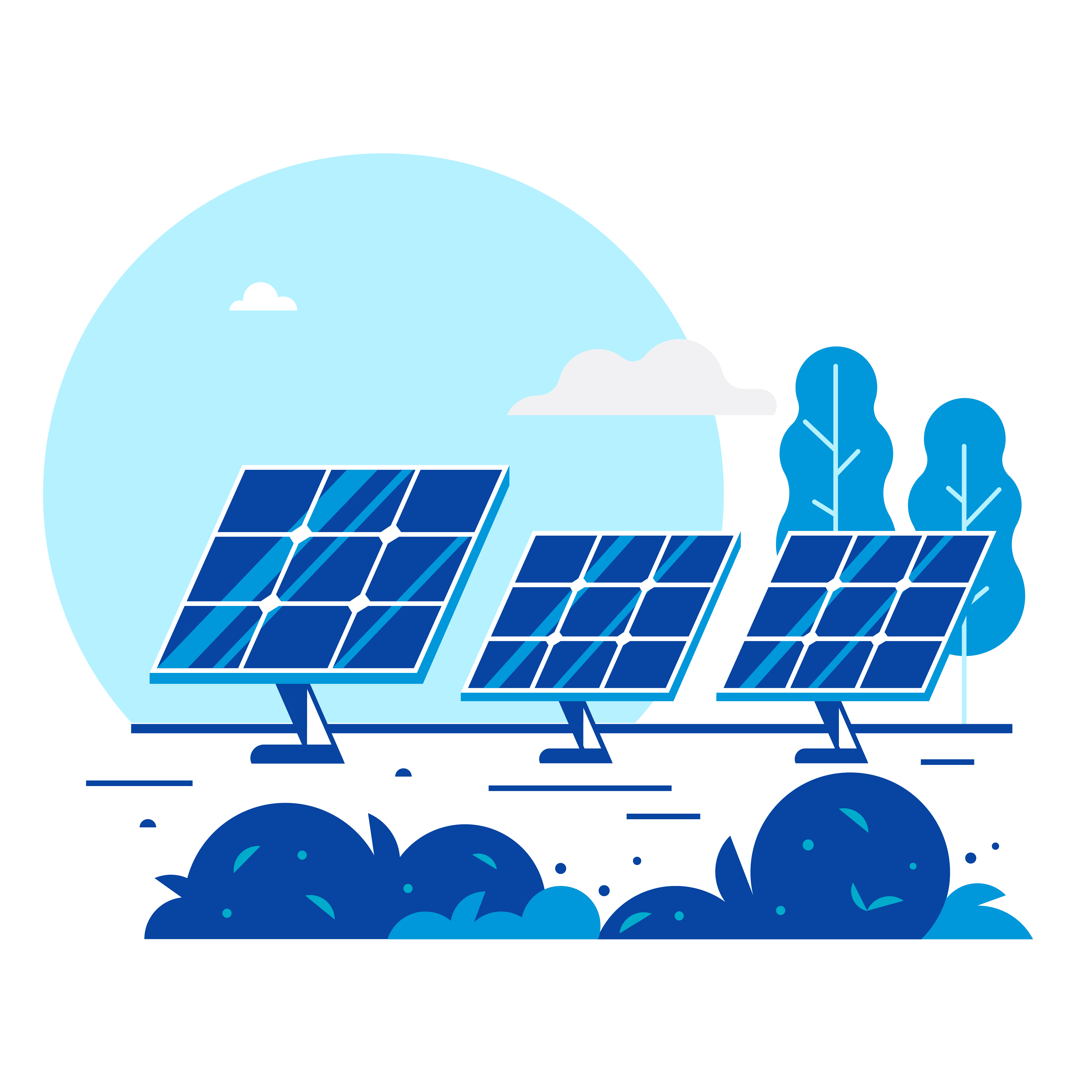 Procure the required REC’s to ensure your vehicle’s energy usage is completely offset with renewable energy. 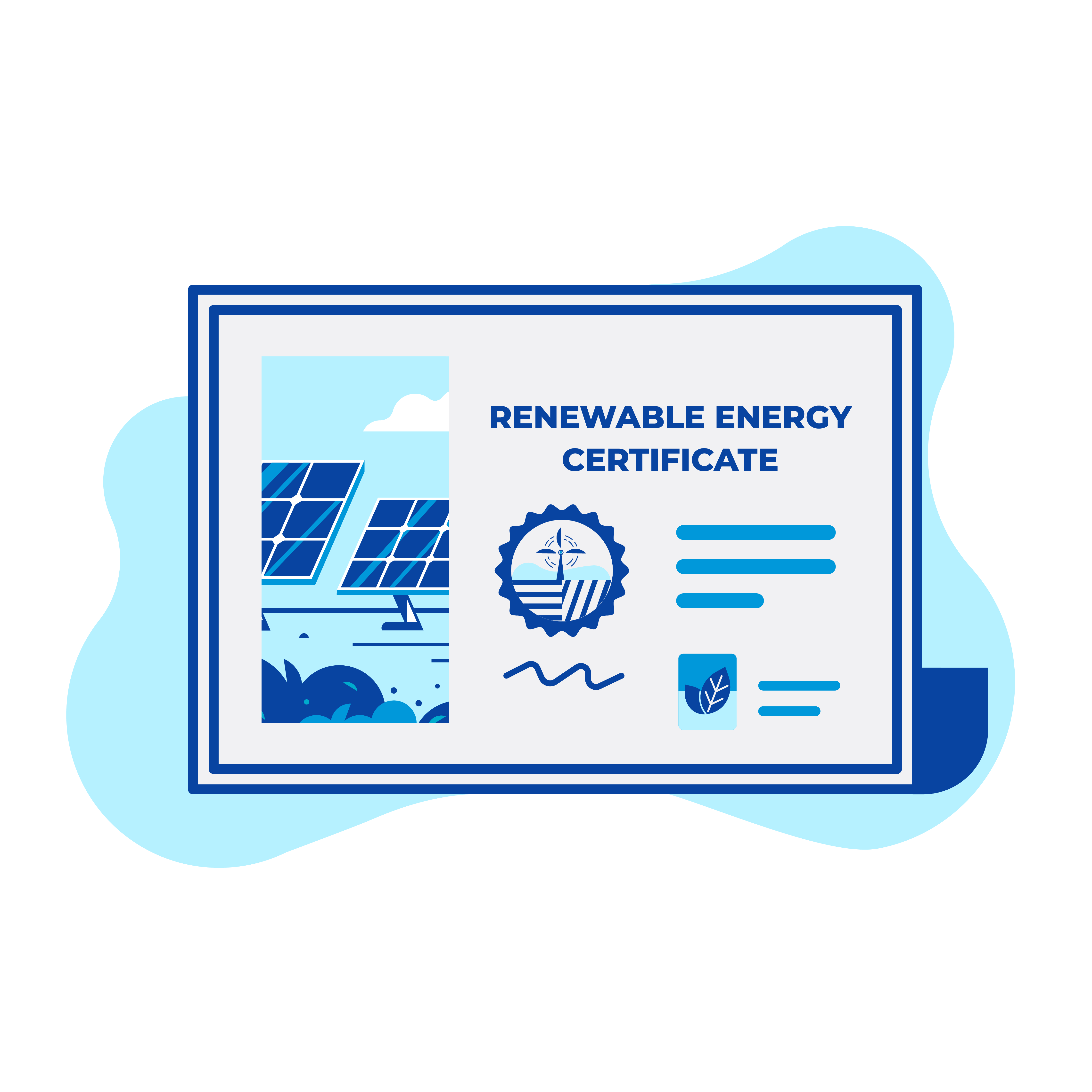 For our Australian subscribers, our RECs are sourced from the Molong Renewable Energy Generator in regional NSW https://www.terrainsolar.com/molong. The Molong Generator is registered with the Clean Energy Regulator to create RECs which have been purchased from SIMEC Energy Australia who are a registered energy retailer with the Australian Energy Market Operator (AEMO).

Depending on your EV make and model, location and annual travel distance you are assigned an Ion Blue Plan from Ion1 to Ion10. If you consume around 2-megawatt hours* a year of grid electricity we will purchase 2 RECs from your region, surrender these on the local registry and you will be a subscriber of the Ion2 product.

As RECs only come in whole units where a megawatt-hour is equal to 1,000 KWh, anyone that consumes 1,001 to 2,000 KWh will be assigned to the Ion2 Plan. This means there may be some over the surrender of RECs, however, it is an important principle of carbon-neutral and renewable energy claims to ensure estimates are always conservative, or overestimate rather than underestimate.

The table below shows the cost (Australian subscribers), electricity consumption and RECs purchased for you under your plan:

GET YOUR VEHICLE PLAN NOW

How do I know my non-renewable EV grid consumption is matched by verifiable renewable energy and my use is ?

Each REC has a unique serial number and is a highly regulated, verifiable and traceable environmental derivative. In Australia all the units we purchase are surrendered in the Clean Energy Regulator’s REC Registry. The Ion Blue account can be viewed here (link).

At the completion of each year we undertake an independent review to ensure all our aggregated Ion BLUE users’ grid consumption is matched by the equivalent number of RECs surrendered to the REC registry.

Similar to carbon credits, for a number of years and across jurisdictions surrendering RECs is a widely recognised means of ‘neutralising’ the use fossil fuel generated electricity. All major carbon and energy accounting frameworks recognise this approach, including the Australian Climate Active Program, RE100 and the Greenhouse Gas Protocol.

Where do my RECs come from?

Our RECs in Australia are from the Molong Renewable Energy Generator in regional NSW https://www.terrainsolar.com/molong. The Molong Generator is registered with the Clean Energy Regulator to create RECs which have been purchased from SIMEC Energy Australia who are a registered energy retailer with the Australian Energy Market Operator (AEMO).

Where does my money go and why does it matter?

Our product provides an additional demand market for RECs which historically have been supported by Government schemes such as Renewable Energy Target (RET).

In Australia, Federal Government support for renewables has essentially ceased as the 2020, 20% Target has been met, however a new, more ambitious target has not been set. This may see renewable energy investment stall without new demands streams for RECs.

The additional demand created from products like ours will help buoy REC prices, which in turn makes new renewable generation developments more viable.

Renewable energy projects create new jobs and revenues, particularly in regional areas, and have a strong  and tangible environmental, social and economic benefit.

Why do RECs only work for EVs and how do they differ from carbon offset?

RECs represent a megawatt of clean electrical energy, whereas carbon offsets represent one tonne of carbon avoided or removed from the atmosphere (such as sequestration from tree plantings). EVs do not have direct emissions of carbon from the tail-pipe, however as they are usually powered mostly by grid electricity from coal and natural gas when you plug in at home or the shopping center or fast charger. When this happens they create what we call scope 2,  or ‘indirect’ emissions – your car is essentially responsible for the coal/gas carbon missions at the generators powering the grid. Under the accepted carbon and renewable energy standards, RECs can and are used to ‘offset’ the scope 2 emissions associated with your EV. Carbon offsets can also be used, however in our vision of a sustainable transport future, we do not see planting trees so drivers of petrol vehicles can have a ‘guilt-free’ ride as the way forward. A truly sustainable transport future is a clean, renewable grid powering highly efficient and zero tail-pipe emission vehicles. For this reason, the clean renewable electricity represented by RECs is the perfect match to bring your EV to 100% renewable, carbon neutral motoring.

What is a REC
REC stands for ‘Renewable Energy Certificate’. These certificates are the mechanism by which we are able to offset the non-renewable electricity that your vehicle uses. RECs are a market-based instrument that certifies the bearer owns one megawatt-hour (MWh) of electricity generated from a renewable energy resource. Once the power provider has fed the energy into the grid, the REC received can then be sold on the open market as an energy commodity.
Do RECs work the same as carbon credits?
Not really. Although both of these mechanisms can be used to offset non-renewable based energy, they work quite differently. Carbon credits are used to offset your carbon emissions, calculated in carbon equivalents. Essentially, carbon pollution into the atmosphere is negated by the purchase of carbon credits which represent pulling carbon pollution back out of the atmosphere. RECs on the other hand are a certification that guarantees an equivalent of one megawatt-hour (MWh) of electricity, per REC, is sourced from clean and carbon-neutral renewable energy sources, therefore supporting the growing renewable energy sector and paving the way for a greener future for us all.
Can I unsubscribe at any time?
Although we offer a monthly payment option, Ion Blue subscriptions are annual, and therefore require sign up of a minimum of one full year. Therefore, we can only cancel subscriptions at the end of one full year subscription cycle. However, we are doing everything we can to make Ion Blue’s pricing as low as possible while maintaining the biggest impact!
Can I have multiple cars on one profile?
Yes. Ion Blue offers customers the ability to cover as many vehicles as they want under the same profile. Each vehicle is able to have its own plan, curated to meet the energy needs of that specific vehicle. 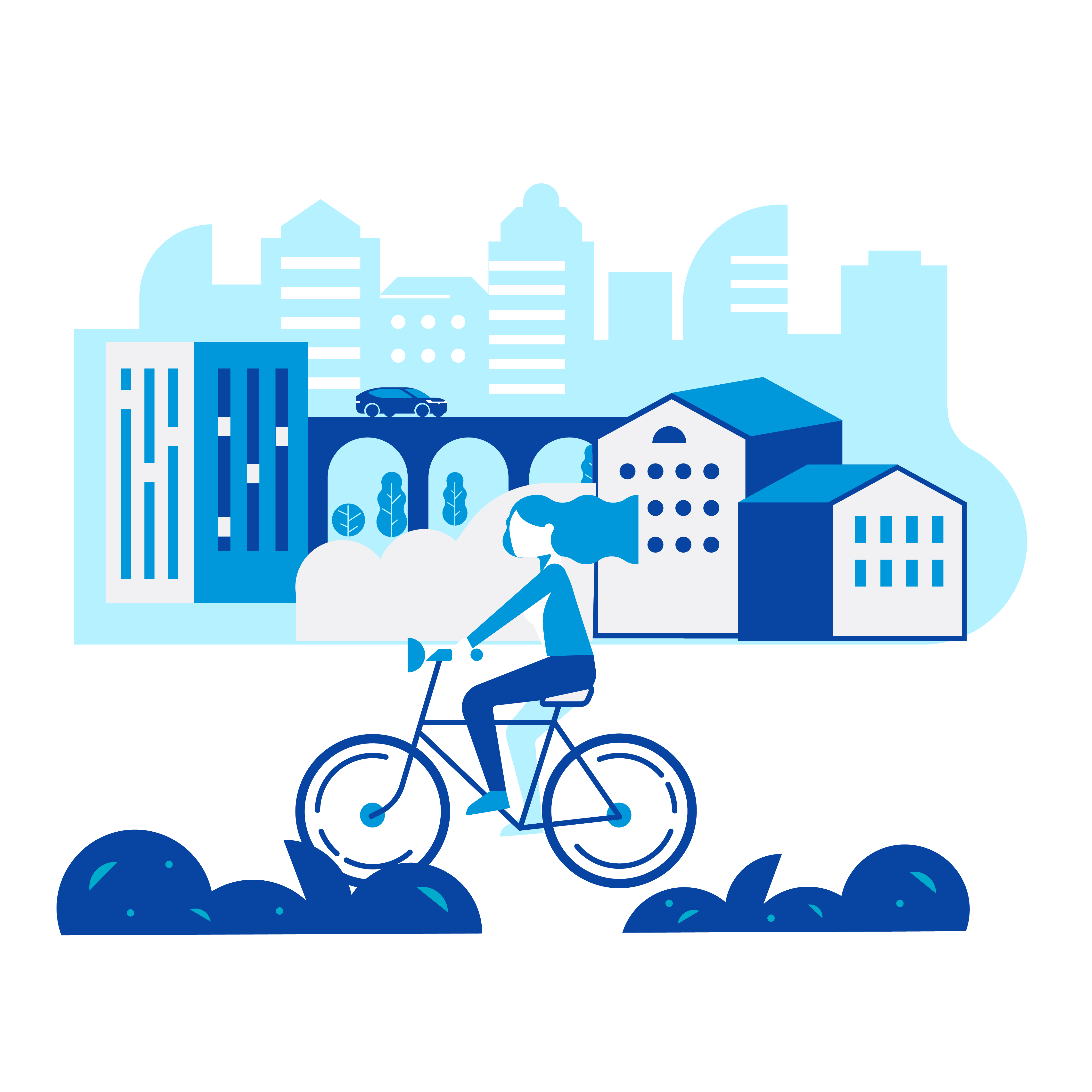 GET YOUR VEHICLE PLAN NOW

Made with ❤ in Melbourne

Ready to make a difference?